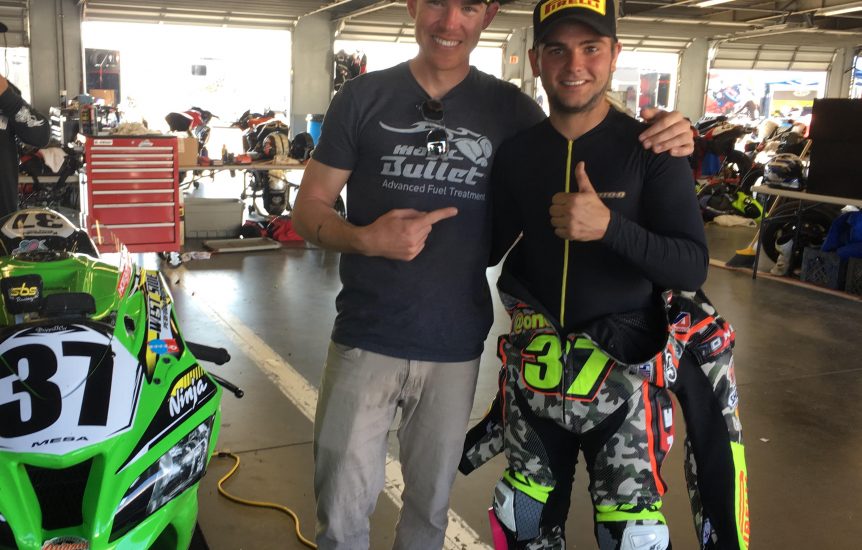 ROME, Ga. (March 21, 2018) – Pirelli Tire North America and Stefano Mesa made history at Daytona International Speedway by breaking the absolute motorcycle track record during the third round of the 2018 Championship Cup Series (CCS). Mesa piloted a Kawasaki Ninja® ZX™-10R equipped with Pirelli DIABLO™ SUPERBIKE slicks and set the blistering lap time en route to winning the Unlimited GP race. Mesa brought Pirelli its third track record bounty of the season. In the same weekend, the green flag waved for the 77th time on the Daytona 200 and rounded out the week-long racing activities at the world-renowned “Daytona Bike Week”, with Pirelli’s Cory West taking second overall among 57 participants.

“All Pirelli riders showed improvements from at least a half second per lap faster at Daytona this year,” said Oscar Solis, road racing manager, Pirelli. “The record Stefano set is proof that our products continue to propel riders to the top. Daytona is a very challenging track and Pirelli is on the leading edge with technology designed to set records and win races.”

Mesa’s new lap record of 1:45.911 eclipsed the previous record of 1:46.525 that was set by runner-up and fellow Pirelli rider West in October 2016. It was the second track record bounty of 2018 for Mesa aboard his Kawasaki who also set the motorcycle track record at Palm Beach International Raceway in January. With the biggest bounty in Pirelli history being awarded in 2018, Mesa will pick up a $750 tire voucher as a result of his new record.

“What can I say? These Pirelli tires are absolutely amazing,” said Mesa. “I had so much confidence throughout the entire weekend because the grip was always there for me, regardless of how hard I continued to push.”

The Daytona 200 saw almost 60 participants compete in the 77th running of the famed event. Pirelli has had success at the race in the past and West put his Yamaha YZF-R6 mounted with the Pirelli DIABLO SUPERBIKE SC1 front and Daytona Compound rear on the podium for the second-straight year with a second-place finish.