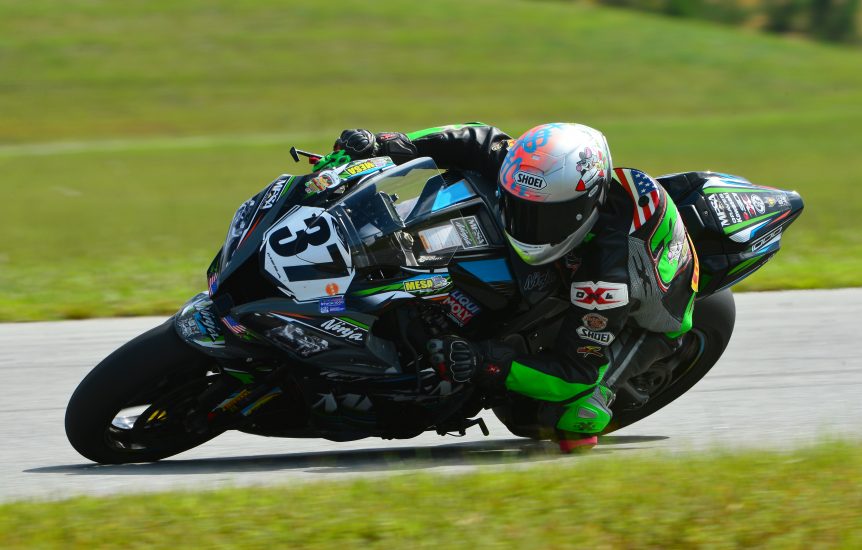 By admin On September 23, 2020 In Uncategorized

Stefano Mesa Takes his Second Track Record of the 2020 Season.

ROME, Ga. (September 18, 2020) – For the second time this season, Stefano Mesa captured a new motorcycle track record using Pirelli’s new, larger World Superbike derived sizing in the DIABLO™ Superbike range. Mesa’s impressive riding set the track record at NCBike in Garysburg, North Carolina, during a round of the Championship Cup Series (CCS), which served as the racetrack’s first-ever race, and marked the sixth absolute motorcycle track record bounty of 2020 for Pirelli. Just two weeks ago Mesa raced to his first track record of the season aboard his Kawasaki NINJA ZX-10R at Nelson Ledges Road Course as he had nothing but praise for his Pirelli DIABLO™ Superbike tires.

“I was excited to come race here (NCBike) because it’s not too far from my house, so technically my home track,” Mesa said. The team did good work and Metric Devil Moto (Pirelli Trackside vendor) came into the weekend looking to enjoy and go fast. We ended up having a bit of competition, so it made things more interesting. We ended up with all of the wins in my classes and we broke the track record two times. The first was in the GTO race at a 1:22.6. The second was in the final race where my Pirelli Moto crew said ‘you better go faster now’ so I got to work and it paid off! We got it down to a 1:21.899.”

“I had a feeling Stefano would end the weekend with the fastest time,” said Oscar Solis, road racing manager at Pirelli. “The SCX rear tire has only been used for two racing weekends here in the United States and it has managed to capture three overall track records. So far, the tire has been extremely well received, and yes, it’s available through any authorized Pirelli trackside vendor.”

Pirelli continues to offer a tire credit prize for setting a new motorcycle track record and four different riders have managed to capture a track record so far this season.